These General Terms and Conditions of Thuiswinkel.org were drawn up in consultation with the Consumers’ Association within the framework of the Self-Regulation Coordination Group (CZ) of the Social and Economic Council and will become operable as of 1st June 2014.

9 – Traders’ obligations in case of withdrawal

The following definitions apply in these terms and conditions:

Article 2 – Identity of the trader

Name trader: (name according to the articles of association, plus any trade name) AXE/ www.cleandieselfuel.com
Registered address: Nobelstraat 24-01, 5051DV Goirle
Office address, should this differ from the registered address;

Should the activity of the trader be subject to a relevant licensing system: the data of the supervising authority.

Should the trader practice a regulated profession:

6. In the first delivery case of an extended duration contract, the stipulation in the previous paragraph          applies only to

Upon delivery of products

Upon delivery of services and digital content that is not supplied on a material medium:

Article 9 – Traders’ obligations in a case of withdrawal

Article 10 – Precluding the right of withdrawal

The trader can preclude the right of withdrawal for the following products and services, but only if the trader stated this clearly when making the offer, or at least in good time prior to conclusion of the contract:

6. A fixed-term contract that has been concluded for the regular supply of products or services may only be automatically prolonged for an indefinite period of time if the consumer has at all times the right to terminate, with a period of notice that does not exceed one month and, in the case of a contract to supply daily or weekly newspapers or magazines regularly but less than once per month, a period that does not exceed three months.

Rights can only be derived on the basis of the Dutch version of these general terms and conditions.

I/we* exercise our right of withdrawal. 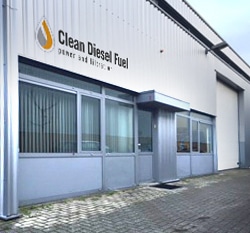 How can we help?

How can we help?