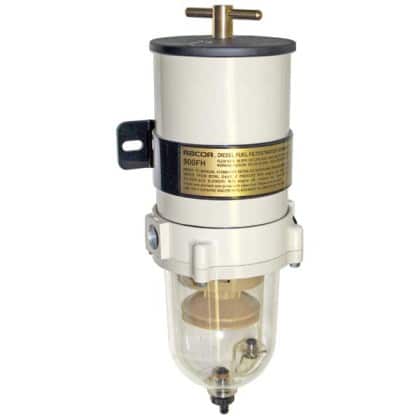 The Racor 900FH series features a rugged, non-corrosive die-cast aluminum construction. The assembly has a glass bowl for use with diesel fuel only. This Racor 900FH series filter assembly is an upgrade from the discontinued 900FG series. Additional accessories for the 900FH series are the Racor RK 19492 brass valve and Racor RK11-1669 vacuum gauge kit.

This setting allows us to collect anonymous statistics about how the website is used. The data collected in this manner is aggregated for the purpose of analysing usage trends on the website. For this purpose we use Google Analytics.To find out how Google uses your data please read https://policies.google.com/technologies/partner-sites .